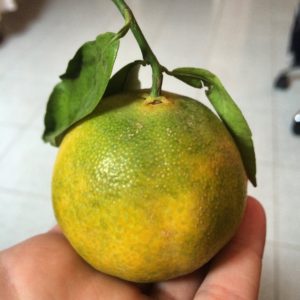 Though I am very lucky to have my own personal Moroccan Arabic speaker living with me; it’s not fair to him to request he listen to and correct my babbling in Darija 24/7. As such, I am using books and CDs to introduce myself to the language in a gradual manner. I then use what I’ve learned to communicate with the native Darija speakers in my life.

Before I started studying Darija, I studied Fusha, Modern Standard Arabic, through the Assimil series. It was through Assimil I learned the Arabic alphabet, which is indispensable in learning Darija (or any other Arabic dialect). Many Darija teaching materials I have seen assume the learner already has a certain level of Arabic knowledge. Those resources tend to be written in Arabic script. Books and sites intended for the beginning Darija learner with no Arabic background are generally intended for tourists and may include Arabic script, but more likely will rely on a transcription in the Latin alphabet. There are plenty of resources for Modern Standard Arabic, but quality resources for Darija remain fairly limited (particularly resources for someone who has no background whatsoever in any Arabic dialect). Nevertheless, I have found the following to be useful:

Chekayri, Abdellah. An Introduction to Moroccan Arabic and Culture. Georgetown University Press, 2011. [I will write a review of this book in the future, once I’ve gotten further in the material. According to the introduction, it was created for use in conjunction with Modern Standard Arabic studies and assumes prior knowledge of the Arabic alphabet. The book comes with a CD-Rom containing the recordings of the dialogues and supplemental video resources on culture. The book is an excellent resource, very thorough, though I sometimes question some of the pedagogical choices. For instance, the difficulty in accessing the dialogue recordings — they are only accessible to listen to through the CD-Rom program (though, if you were willing to put in the work, you can, of course, copy the mp3s onto your phone/computer/mp3 player). Dialogues are at a natural pace, that is to say, they are not slowed down for the beginner. For this reason, I would recommend copying them over so that you may listen to the dialogues multiple times with ease.]

Sakulich, Aaron. Moroccan Arabic: Shnoo the Hell is Going on H’naa?. Collaborative Media International, 2011. [This is a somewhat bizarre book, not so much instructional as an excellent collection of lists of vocabulary and grammar. There are also some great selections of proverbs. The organization is somewhat haphazard, but filled with a great wealth of knowledge if you’re willing to look for what you need.]

Bahhadi, Myriem, Laïla Gadouar, Farid Aitsiselmi & Lahsen Taibi. Parler l’arabe en voyage. Harrap’s, 2014. [A fantastic phrasebook of Darija. It indicates where there are differences between the Moroccan, Tunisian and Algerian dialects. I use it for learning vocabulary.]

Wightwick, Jane & Mahmoud Gaafar. L’arabe avant de partir. Harrap’s, 2008. [This book and CD combo is sadly now out of print. The audio is excellent for listening to while doing other things and uses Darija, indicating when there are regional differences. It introduces the listener to the necessary vocabulary for many different situations — as well as grammatical structures. It’s quite the shame it’s no longer available.]