Since I last wrote about what Darija resources I was using, I have added quiiiite a number of new books and sites to my rotation. (You’d think I’d be much further along then, wouldn’t you? But, of course, possessing things is not the same as making use of them.) In any case, here’s a rundown of what I’ve since come across: 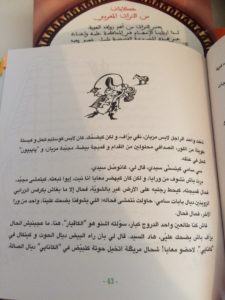 For videos, I really like the 2M channel. Really great, are the short videos Salwa wa Zoubir (سلوى والزبير) produced during Ramadan. They last just 2-3 minutes and feature a couple talking about everyday things. You can understand some things from context even if you don’t know many of the words.

الله مع الصابِرين
God is with the patient (those who are patient).

One Reply to “Even more Darija resources!”